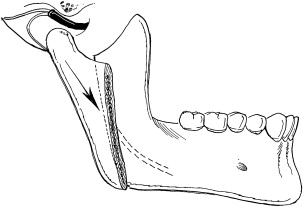 Imagine my surprise when my mouth quit opening all the way in the summer of 2020. Oh, it had happened before, but only for a few seconds at a time. This time, however, it truly had locked. I’d heard a loud pop and then it would only open a little bit. Yes, I could talk and eat, but a sandwich was out of the question, unless I smashed it thin.

The pain was minimal, so I decided just to wait until my upcoming dentist appointment in a couple of months (not a smart idea).

At that appointment, dentist #1 immediately recognized that I had “closed lock” and wouldn’t touch the problem with a ten-foot pole and had me make another appointment with someone in the same office who had more experience with TMD (temporomandibular joint dysfunction). Dentist #2 did a round of testing and declared that I did indeed have a problem that would need surgical intervention and recommended me to a surgeon in Kentucky.

Gee whiz. I was super surprised. I was expecting a shot in my jaw, or manipulation, or something fairly simple. My husband suggested we get another opinion, so I hoof off to dentist #3, who spends two hours running more scans and tests. She agrees that I am going to need surgical intervention, but recommends me to the “guy who wrote the book” in Florida.

Oh my goodness. This is getting more complicated, so I continue doing more research on my own and find that there’s a surgeon at Vanderbilt who gets high marks. Lo and behold, he “wrote the book” on a different kind of jaw surgery in which he enters through the mouth, so there are no external scars. In fact, the success rate is way higher. The bonus is that he takes insurance and the Florida surgeon did not.

Meanwhile, the pain is increasing, and my jaw is not opening any further, so I’m thinking that we should deal with this sooner rather than later.

I had the “modified condylotomy” in May of 2021. It’s basically a vertical cut straight through the jaw, which releases the joint that is locked. The jaw is then wired shut for 6 weeks or so, to allow time for healing.

If this happens to you, here’s a bit of information for you to keep in mind.