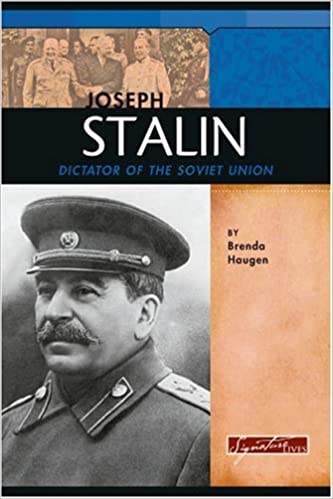 This is a biography profiling the life of Joseph Stalin, dictator of the Soviet Union from 1928 to 1953, and includes source notes and a timeline.

During World War II, Stalin joined the United States and Britain in defeating Nazi Germany. In his homeland, however, Stalin was a brutal ruler. He caused the death of millions of Soviets, and he jailed thousands of others. Stalin sought to spread communism, causing Cold War stsandoffs with the West.

Be the first to review “Joseph Stalin: Dictator of the Soviet Union” Cancel reply