September 11: Then and Now 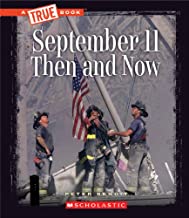 The terrorist attack of September 11, 2001 was one of the most shocking events in U.S. history. This title details the day’s events in order to convey the horror experienced by the American people. Readers also discover the plans and motives of the attackers and learn about the many ways the United States has changed since that fateful day.

This book provides a clear explanation as to the events that unfolded on September 11, 2001. The illustrations include the picture of the fireball of flames coming from the Twin Towers, demolished buildings, head shots of some of the terrorists, and people running through the dust and debris. The end of the book tells about how the US and Britain launched an attack called Operation Enduring Freedom, and how people have paid tribute to those who lost their lives.

Be the first to review “September 11: Then and Now” Cancel reply